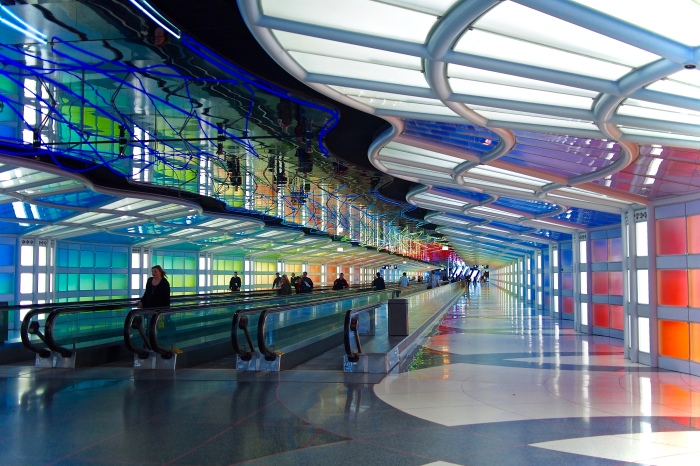 Our layover in Chicago O’Hare was delayed for about 10 hours… so we wondered around looking for what food to eat with the $20 vouchers United gave us.

Had thought about going out and getting some real Chicago pizza, but we saw that the airport had some at their food court so decided to try that instead. Not the real deal. 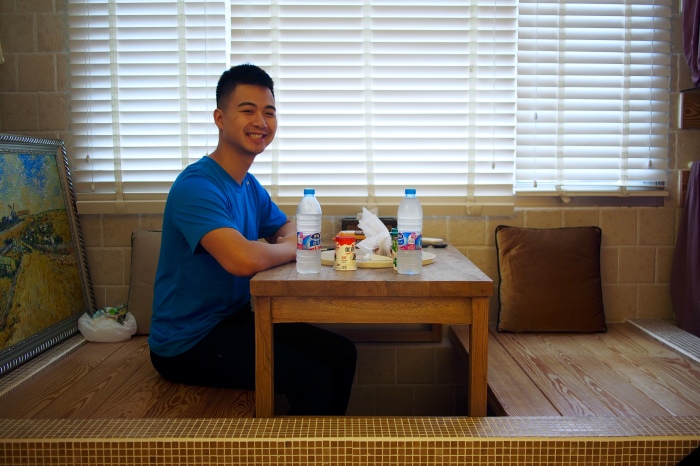 Finally arriving in Shanghai, the only thing we could do after such a tiring journey was to just take a shower and sleep. The airbnb we stayed at was styled like a Japanese home so we made use of it having our convenience store breakfast in the eating space.

Wilson was quite proud of this photo. I told him he had to order the milk tea in Chinese by himself. Instead he just pointed and nodded.

Yang’s Dumplings for lunch! Basically grilled xiaolongbao’s. Crispy on the bottom and juicy on the inside.

Walked around Laowai Street, which is an area filled with bars and restaurants serving all different kinds of cuisines from around the world. Laowai = foreigner.

Wilson is actually getting kinda good with the camera. We had just caught the end of a typhoon that passed through the area so it was still raining a bit.

The best street breakfast food in Shanghai, in my opinion. Jianbing is like a crepe/pancake with egg, cilantro, green onions, a sweet and savory brown sauce and crispy thingies. It is SO GOOD. We shared our first one. The second time we got it we had to get our own because Wilson liked it a lot too. 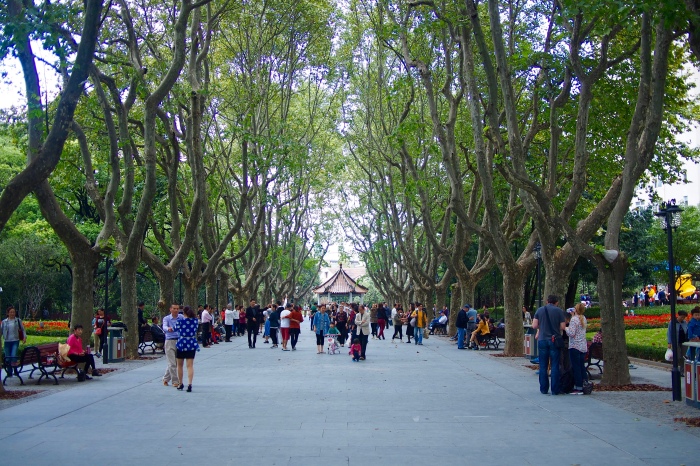 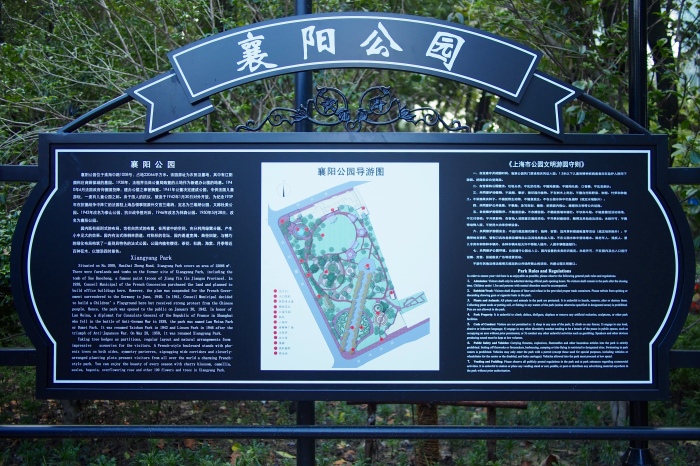 Walking down Nanjing West Road. Ahhh, memories. The old Mary Kay office used to be on this street. And all the luxury name brand stores are also on this street. Lots of shopping. 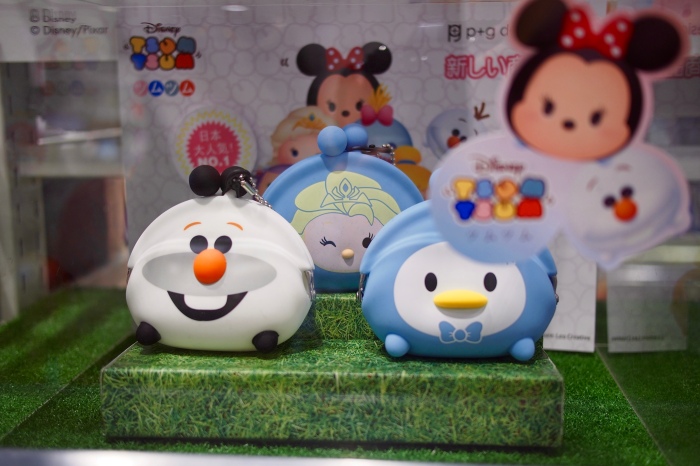 Stopped in Life by City Super to check out all their cool gadgets and gizmos. Had to get one of these cute coin purses.

I also got me one of these little guys. I don’t know what it is, but I think they are adorable. You’ll see more of him throughout our travels!

Met up with Jerry and had lunch at 5 Star Hainanese Chicken Rice. Delicious as usual.

Had to stop at each Nike store we saw. And of course, I had to be his translator when he wanted to buy something.

Walked all the way down Nanjing East Road to The Bund where it was packed like a mofo. People were just hoarding the edges. Getting a clear shot without some stranger in your picture was impossible.

But Wilson did good! 🙂

Oh, hello there! May I borrow your sock?

All in all, it was just great seeing everyone again. I hope to come back soon and spend a longer time in Shanghai!